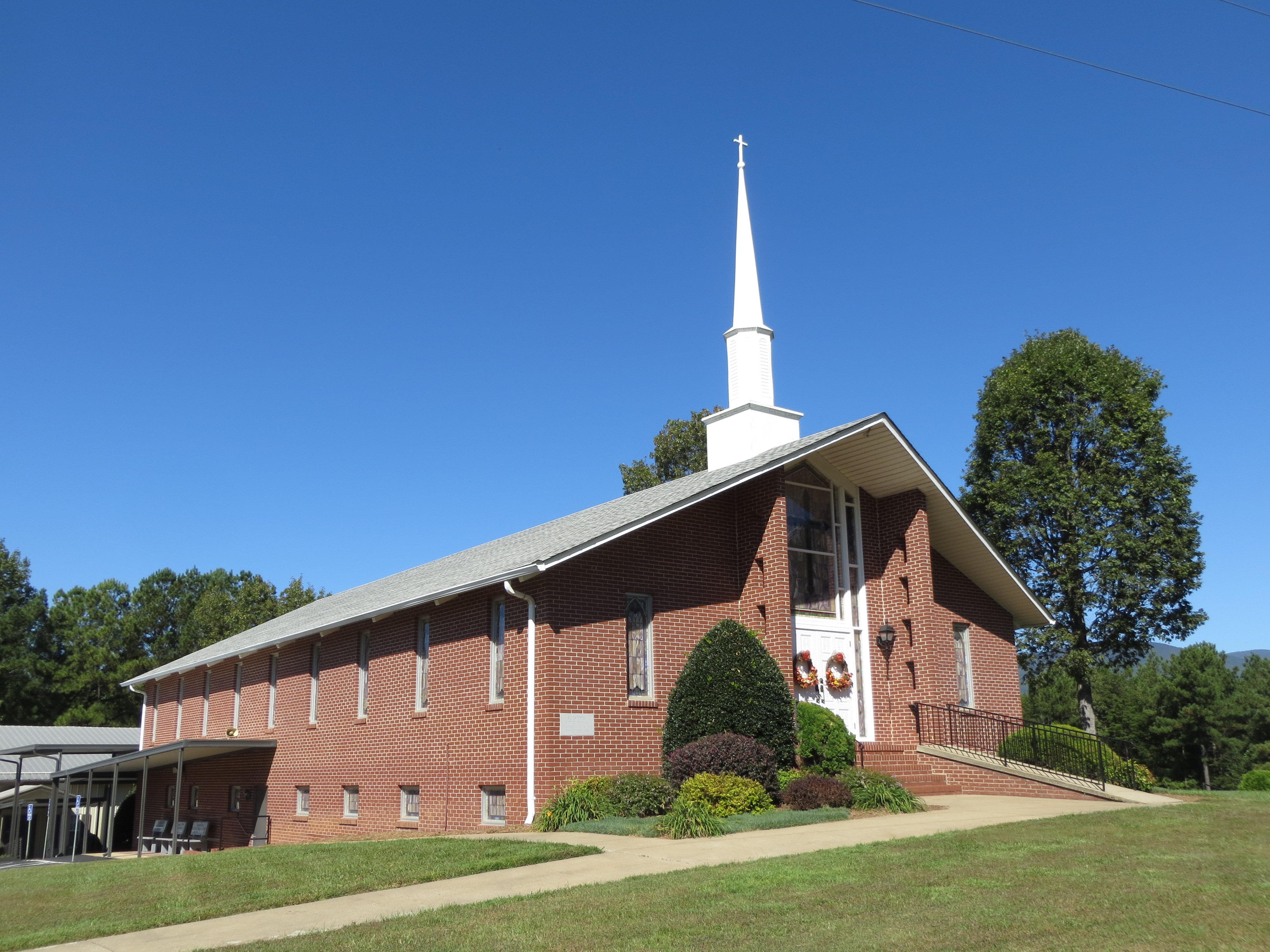 Silver Creek Baptist Church was organized on April 14, 1840 out of White
Oak Church (now, Mill Spring First). The first church was located at the forks
of Silver Creek road and Martin Arledge road. It was relocated to the present
property between 1854-1874. The first and second structures were lost to fire.
The third was used until 1911. The new lapboard structure was dedicated on
August 9, 1914. Homecoming was started on the third Sunday in September,
1921 by Vance McGraw and Horace Arledge. Several additions were made
for Sunday School space during the 40’s and 50’s. The parsonage was built
in 1957. The new brick structure now in use was dedicated October 8, 1972.

A Fellowship Building was erected and dedicated in 2000-01.  New carpet
was put down and pews reupholstered in 2002. The parking lot was paved
and a sound system was added in 2003.

In 2004, the church installed awnings connecting church and fellowship
building entrance. A TV/DVD player was purchased for the nursery.  In
September of 2004, stained glass windows were installed throughout the
church in two (2) phases. The Baptistery Scene “COME UNTO ME” is made
of hand stained glass with opalescent borders. The remaining windows are
opalescent, including the cross which accents the front of the church and is
beautiful with lighting on it in the evening hours. A large plaque was installed
in the vestibule on April 1, 2005 for windows purchased as memorials and
dedications. A window dedication service was held on Sunday, April 17,
2005.

The church purchased a new Rogers Organ and a Boston Baby Grand
piano, designed by Steinway in 2005.

In 2007, an inside handicap lift was installed and the Media Center was
relocated to the lower level of the church. A new ice maker was installed in
the fellowship building.

The people at Silver Creek Baptist Church are wonderful, God-fearing,
God-loving, mission minded servants. The pastor, Rev. Rob Hefner and his
wife, Phyllis, are a blessing to the church and the community.