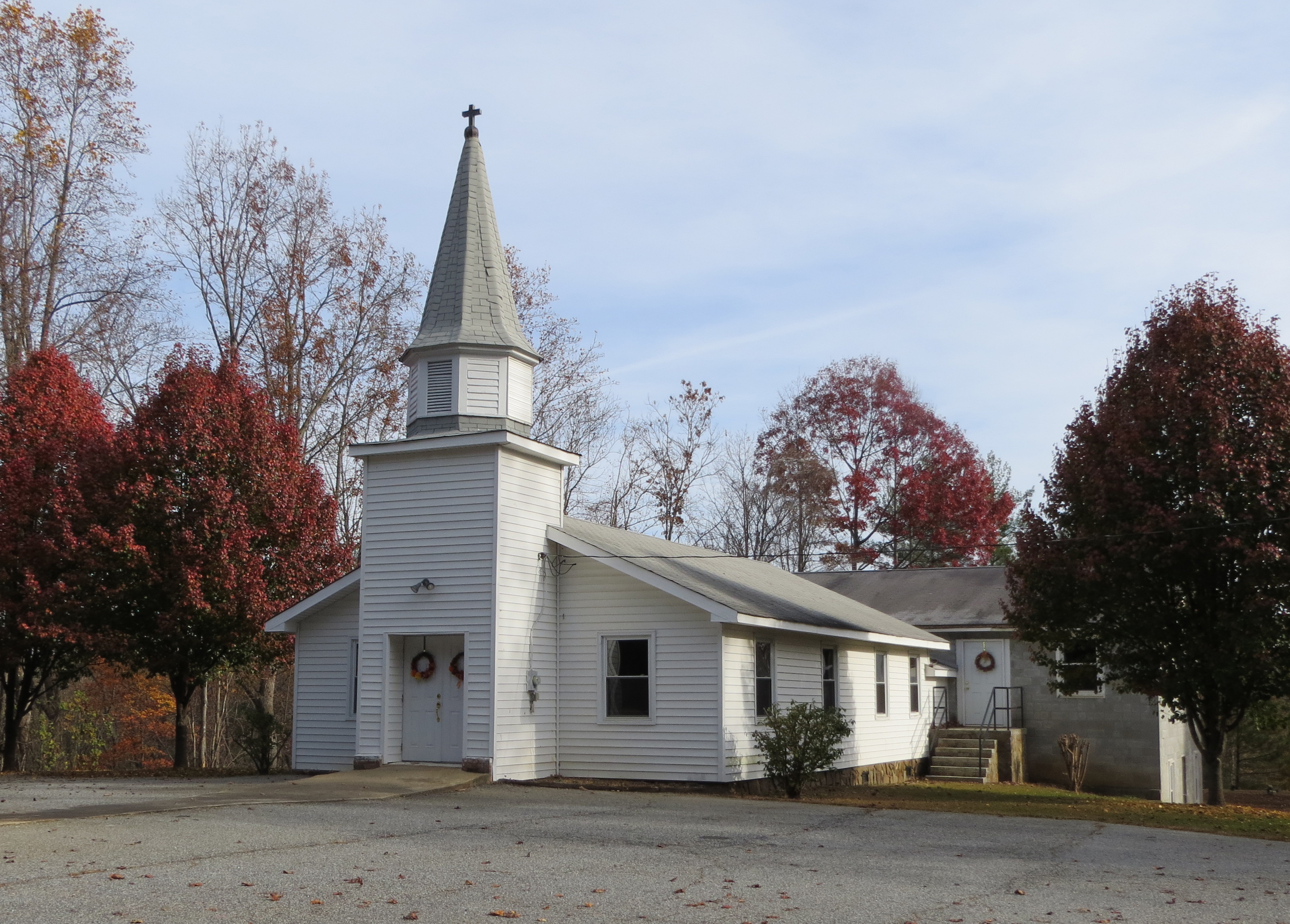 Faith Temple Baptist Church had its humble beginning, when in 1964 a group

of about four dedicated believers determined to begin meeting regularly for

worship service.  Those first meeting s were held under a brush arbor located
on the property where Jimmy and Dianna Painter now reside.  As other area
believers learned of the meetings, attendance began to grow, and after a few
months, when the small flock had increased to about thirty, a decision was
made to purchase a tent.  For the next four years the tent housed the fledgling
congregation quite satisfactorily.  However, the instability of a tent was
graphically illustrated, when during the winter of 1968 the weight of a heavy
snow storm demolished it.  Finding themselves without a meeting place, the
congregation began meeting at a private residence in Tryon until late
1969.  At this time a shed was built on the site at which the church presently
sits.  A little later Robert “Bob” Painter cut logs and used them to erect walls
around the shed.  This crude edifice served as the church for several
months.  Then, in the spring of 1970 the sanctuary that is still in use by the
church today was constructed, giving the congregation its first semblance of a
substantial home.  After existing for a half dozen years as an informal body of
believers, the congregation was organized as a church in 1970, and operated
under the watch care of Big Level Baptist Church for a period of one year.
At the organizational meeting, William “Bill” Painter was ordained as the
pastor, and Robert Painter, Richard Painter, Melvin Blackwell, and Bruce
Kuykendall were ordained to serve as the first deacons.  Twenty-two charter
members were named to the church’s first membership roll.
The four acre tract of land that was donated for the erection of a church by
Richard and Etta Painter in 1970 still serves as the campus for the structures
comprising Faith Temple Baptist Church.  Soon after the sanctuary was built
in 1970, a trailer was purchased to provide space for Sunday School
classes.  In 1980 the church signed a deed of trust to secure a loan of
$20,000.00, the proceeds of which were used to construct an addition of
Sunday School rooms and a Fellowship Hall, both of which are presently
being used today.  Reverend William Painter faithfully served as pastor of the
church for twenty-eight years, and it was only in 1998 that the church’s

second pastor took office. Several pastors have served since then with the present pastor being Dr. Chris Osborn. Since its inception in 1964 and

organization in 1970, the church has been a sustaining influence in the
community.  Along with the regular worship services, its Sunday School and
Training Union Departments, revival meetings, special singings, and other
special services, have addressed the spiritual needs of the church and
community at large.  The congregation at Faith Temple Baptist Church has
long been a caring and loving flock, and in addition to spiritual needs, has
always had an interest in the welfare of the sick, elderly, and needy families,
both in an out of the church, providing needed assistance even when the
church was struggling with its own financial existence.  Their willingness to
serve Him has put them in good stead with the Father, and their love and
benevolence to His children has put them on a solid foundation to continue to
grow and add new believers to His Kingdom.
Column